Rewinding back to 2018, Tezos Blockchain is developed by ex-Morgan Stanley analyst Arthur Breitman.

It is implemented in the OCaml programming language.

The native coin of Tezos is ‘tez’ or a ‘tezzie’. The symbol of Tezo’s cryptocurrency is XTZ.

It supports smart contracts just like Ethereum and uses Proof of Stake as the consensus protocol.

What is Tezos?
Tezos (ꜩ) is a smart contract platform like Ethereum or Eos with on-chain governance and DPoS (Delegated Proof of Stake) as it’s consensus protocol. The Tezos protocol design allows it to evolve its protocol overtime without having forks, this is why Tezos calls itself a Self-amending cryptographic ledger.

Tezos Blockchain has a modular architecture. The three important protocols that form the heart of Tezos architecture are –

The transaction and the consensus protocols combinedly form the blockchain protocol of the network.

The key ingredient of any blockchain network is consensus. The consensus maintains the integrity of the network.

Some of the practically implemented consensus protocols are Proof-of-Work, Proof-of-Identity, and Proof-of-Stake.

The underlying process of POS protocols is staking by stakeholders. The stakeholder stakes his crypto coins for the validity of the transactions present in the block.

If the transactions are found valid by the network, the validator will receive incentives in the native cryptocurrency.

One has to deposit a certain amount of token called a bond to become a baker in the Tezos network.

The bond amount is set to 8.25% of the total number of Tezos coins.

Each baker is given about a week to deposit the security amount (bond).

A baker’s baking power is decided by the number of tokens deposited.

Every 10,000 XTZ forms a Roll which decides the baking power.

Larger rolls mean higher baking power and higher is the chance of baking the next block.

After a backer forms a block, 32 random bakers are selected to become delegates.

They endorse the block i.e. they witness and verify the authenticity of the transactions present in the block. This process is called endorsing.

In return, the bakers receive incentives along with the transaction fees associated with them.

So, a baker usually picks up transactions that have high transaction fees. In the case of malpractice, the security deposit is confiscated as punishment.

The key feature of Tezos is the self-amendment. It allows the participants to make changes to the Tezos Blockchain. It was an initiative to overcome “fork”.

According to official docs,

Tezos is a self-amending blockchain network which incorporates an on-chain mechanism for proposing, selecting, testing, and activating protocol upgrades without the need to hard fork.

Tezos uses a systematic procedure to incorporate changes in the protocols. It is similar to how changes are done in an organization. The board of directors lists down the changes they want to bring to their organization. Then voting is done to choose which change should be implemented.

In this period, developers send their proposals (usually the hash of their source code) to the network. Each node can send at most 20 proposals. A proposal submission also counts as a vote. Other bakers can then vote on the proposals up to 20 times. 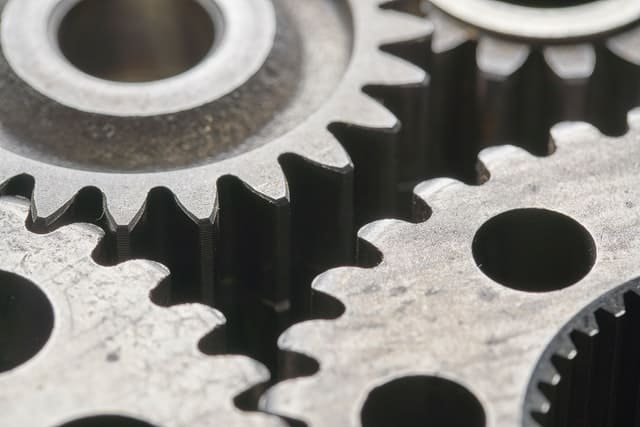 Proposals with the highest votes make it to the exploration period. Here bakers get to vote either “Yay”, “Nay”, or “Abstain” on the proposals. If the participation rate reaches the minimum quorum and an 80% majority of non-abstaining bakers votes “Yay,” then the proposal proceeds to the next stage.

During this period, the test network is forked into the network which runs for 48 hours. These forks are sandboxed and have access to all the standard libraries.

In this period, participants evaluate the performance of the proposal in the test network. Based on that, bakers submit their votes. If the participation rate reaches the minimum quorum and an 80% majority of non-abstaining bakers votes “Yay,” then the proposal is activated as the new mainnet.

In Tezos, one can design their smart contract either though python (through a package called smartpy) or through LIGO.

The code is compiled to Michelson (a machine level language) through the Tezos Virtual Machine.

The Michelson code is stored in the blockchain.

You can convert your smart contract to a full-fledged Dapp either through Truffle or through Conseil (by Cryptonomics).

So, Tezos is unique in its own respect. It has a huge community of developers. They support newcomers and thrive to make the network better. If you want to read more about the Tezos protocol, governance, and staking (baking), please read our ultimate guide to Tezos.

The DeFi Kingdoms are Collapsing as a Scandal Unfolds