Bitcoin is created when high-powered systems compete against one other to solve complicated mathematical riddles, which is an energy-intensive operation that currently relies on fossil fuels.

“Bitcoin and energy go together like peas and carrots,” says Forrest Gump, the great American philosopher. The energy industry’s linkages to Bitcoin are well-established, with beneficial supplementary services like waste-energy commercialization and grid stability gaining ground on a daily basis.

Bitcoin’s energy link is already expanding beyond traditional mining uses. Distributed Charge, a Lightning project created by Andy Schroder and displayed in the exhibition hall at Bitcoin 2022, aims to expand Bitcoin integration with the energy sector in an interesting new way.

The distributed charge project was founded with the aim of making bitcoin the energy grid’s native payment method by developing hardware, open source software, and standard protocols for negotiating real-time energy price and micropayments between machines all over the world. Every electric metre should be able to embrace bidirectional payments and energy flows, and everyone should be able to acquire and sell energy privately without the use of third parties or inflationary financial systems.

The first application of Distributed Charge is allowing payments to be made for charging electric vehicles, notably Tesla vehicles.

Schroder’s node, which runs in the charging terminal, is ingeniously constructed to survive harsh weather, and his custom-made circuit board builds on Oratek’s TOFU node architecture. In addition to USB-C, the node can be driven by 7.5 to 28 VDC. It contains an M2 socket for a thin SSD or cellular radio that may be installed directly.

The TOFU board is a carrier board for the Raspberry Pi Compute Module 4 (RPi Compute Module 4). (CM4). It is designed for industrial applications and is based on the official CM4IO board. It can also be used by enthusiasts looking for a tiny yet full solution to interface the single board computer’s various inputs and outputs, thanks to user-friendly improvements. 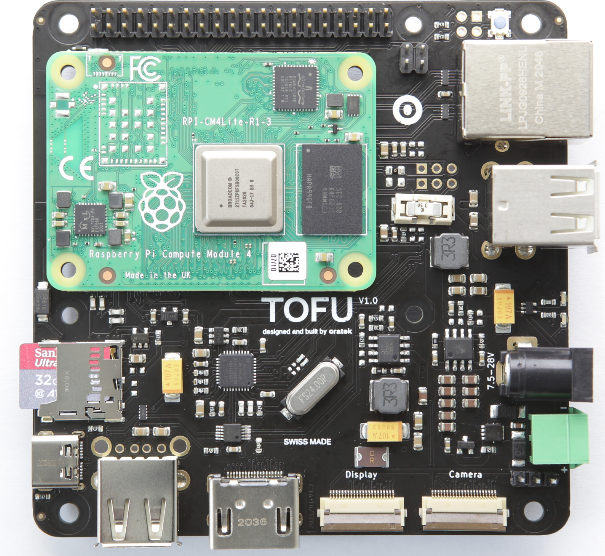 Pricing and distributing electricity using Lightning in Sats is, without a doubt, an exciting proposition with far-reaching implications. By constructing charging stations and connecting more electric vehicles with Schroder’s nodes, the Bitcoin community can help him achieve his aim.

BTC Inc S Bitcoin Event Series, which also includes Bitcoin Magazine, contains Bitcoin 2022. Fangorn has contributed a guest post to our site. The author’s views are his or her own and do not necessarily reflect those of BTC Inc. or Bitcoin Magazine.

Tesla spent $1.5 billion on Bitcoin in early 2021. Immediately after, the automaker began taking Bitcoin as a form of payment for new vehicles.

Tesla, on the other hand, took a step back with cryptocurrency by deleting the Bitcoin payment option a few days later. The business expressed concern about the Bitcoin network’s energy requirements:

Tesla has put a halt to Bitcoin-based vehicle purchases. We’re concerned about the rapidly growing use of fossil fuels for Bitcoin mining and transactions, particularly coal, which emits the most pollutants of any fuel.

The mining facility’s construction began on Friday, according to Blockstream. When finished, it will generate a total of 3.8 megawatts of solar renewable energy, which will be used to mine Bitcoin. The facility will use a Tesla (TSLA) Solar PV array of 3.8 megawatts and a Tesla Megapack of 12 megawatt-hours.

Sceptics of cryptocurrency have consistently argued that bitcoin has a harmful influence on the environment. Mining bitcoin may be an energy-intensive and electricity-intensive industry, and its influence has increased as bitcoin has grown in popularity.

According to the firms, the new three-way agreement between Block, Tesla, and Blockstream aims to foster new technologies in powering zero-emission mining and diversifying bitcoin’s energy sources.

$684K Cashed out by the FTX Founder After Posting Bail